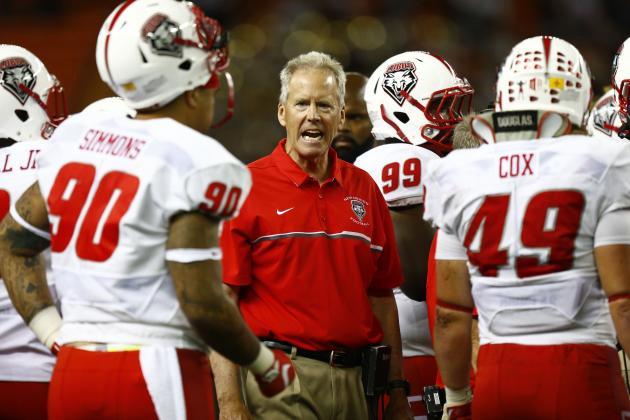 The New Mexico Lobos are just 3-8-1 in 12 bowl appearances all-time, including a loss in their hometown bowl last year. The UTSA Roadrunners, meanwhile, have never played in a bowl. They’ll make their postseason debut when they run with the Lobos in the 11th edition of the New Mexico Bowl Saturday at UNM’s home field in Albuquerque at 2 p.m. ET.

Why the UTSA Roadrunners can cover the spread

The Roadrunners parlayed a 4-1 run through the middle of the season with a victory in their finale to earn their first bowl bid.

UTSA visited College Station and gave Texas A&M a good game in mid-November, losing 23-10 but covering easily as a four-touchdown underdog. Then, with bowl eligibility on the line, the Roadrunners finished with a 33-14 win over Charlotte. UTSA outgained the 49ers 520-237 and covered as a 13-point favorite.

The Roadrunners outrushed six of their last eight opponents. They’re also 4-2-1 against the spread this year as underdogs and finished with four covers in their last five games.

Why the New Mexico Lobos can cover the spread

New Mexico ended its regular season with six wins in its last seven games, including a 56-35 victory over MWC Mountain Division champion Wyoming in the finale. The Lobos jumped out to a 21-0 first-quarter lead on the Cowboys and rolled from there, piling up 690 yards of offense with an amazing 568 on the ground. UNM has now outgained five of its last six opponents and outrushed nine of its last 10 foes, often by huge margins.

So after missing a bowl for seven consecutive seasons, New Mexico is back for the second straight year.

New Mexico owns the best running game in the country and home-field advantage, and that should be enough to take care of business in the New Mexico Bowl on the college football lines.

The total has gone over in six of New Mexico’s last eight games after a win.

UTSA is 5-1 ATS in its last six games against teams with winning records.

All college football lines and betting trends courtesy of Bleacher Report’s official odds partner, OddsShark. All quotes gathered firsthand unless otherwise noted. Check out Twitter for injury and line-movement updates and the OddsShark YouTube page for picks and analysis, or download the free odds tracker app.