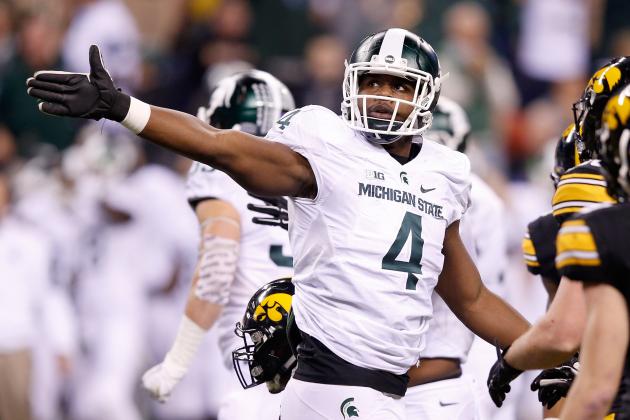 McDowell Out vs. Rutgers

According to MLive.com’s Kyle Austin, McDowell appeared to suffer the injury last Saturday against the Illinois Fighting Illini.

McDowell is Michigan State’s most disruptive defensive lineman, so losing him for even one game may hinder the team’s run-stopping capabilities.

The junior’s absence also figures to limit the ways in which the Spartans are able to get creative and mix up coverages along their defensive front.

“The Spartans have lined McDowell up in just about every spot along the defensive line and that will be a tremendous selling point to NFL evaluators,” NFL.com’s Lance Zierlein wrote. “While McDowell hasn’t had the same success rushing the passer as he did last year, he’s very capable of slipping around or between blockers and creating a menacing specter for quarterbacks.”

Since Michigan State is allowing 166 rushing yards per game—which ranks 61st overall—the Spartans will need to turn in a polished and disciplined effort if they want to snap a seven-game losing skid sans McDowell.