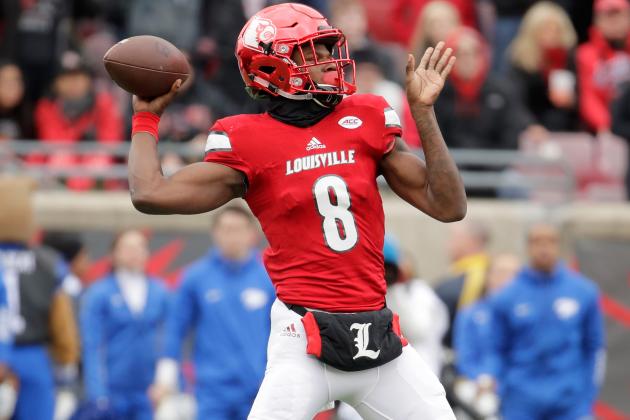 The Associated Press released the complete list of voter selections for the first, second and third teams Monday afternoon.

Here’s a look at the full group of All-Americans:

Jackson adds leading the first-team All-America offense to a growing list of accolades that also includes the Heisman, the Maxwell Award (top college player), Walter Camp Award (player of the year) and ACC Player of the Year honors.

The 19-year-old sophomore talked about his emotions after joining a list of Heisman winners that features many of the sport’s all-time greats like Roger Staubach, Archie Griffin and Earl Campbell, per Shandel Richardson of the Sun Sentinel.

“I almost cried,” Jackson said. “I never get emotional, but to have my name called and see all those great players [who won before me].”

He edged out competition for the top quarterback spot from Clemson’s Deshaun Watson, Oklahoma’s Baker Mayfield and Washington’s Jake Browning by accounting for over 4,900 yards of total offense and 51 touchdowns for the Cardinals.

Westbrook was one of the nation’s most overlooked players during the course of the regular season, but he’s getting his due during the awards process. Along with the All-America selection, he’s also taken home the Fred Biletnikoff Award as the top wide receiver in college football.

The redshirt senior has caught 74 passes for 1,465 yards and 16 touchdowns. He put together five games with at least two TDs after going scoreless on offense through the first three weeks.

Meanwhile, Peppers is officially listed as a linebacker, but his recipe for success is making an impact in every phase of the game. Along with 72 total tackles on defense, he also scored three rushing touchdowns and was the team’s leader in both kick and punt returning.

The wide-ranging involvement earned him the Paul Hornung Award as the country’s most versatile contributor and a place on the first-team All-Big Ten squad.

In all, College Football Playoff top seed Alabama led the way with four first-team All-America selections. The Crimson Tide were followed by Ohio State with three, while Michigan had two.