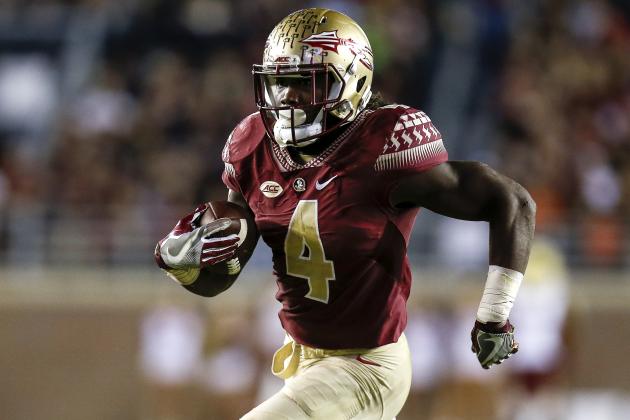 While much of the college football season has been focused on the teams battling for a national championship, there are dozens of exciting bowl games that should hold your attention.

From Dec. 17 to Jan. 9, there are almost daily battles between nonconference foes trying to end their seasons on a high note. A lot of these squads feature players who deserve a lot more attention than they have been getting.

With this in mind, here is a look at the complete bowl schedule with predictions for each game and a breakdown of some of the better non-College Football Playoff games to watch.

These are two teams that have bounced back from mediocre starts to become some of the hottest teams in the country.

USC began the year with a 52-6 loss to Alabama, which isn’t as bad as originally thought in hindsight seeing as what the Crimson Tide did to the rest of the country. This was followed by losses to Stanford and Utah.

However, a 1-3 start preceded eight wins in a row, including a victory at Washington.

Penn State has a similar story, rattling off nine straight victories and capturing a Big Ten title after early-season losses to Pittsburgh and Michigan. The question is whether the team will show disappointment about missing out on the playoff after putting together such a quality resume.

Head coach James Franklin is certainly saying the right things about his squad, per Josh Moyer of ESPN.com:

There was a handful of guys that showed a little bit of frustration and body language and things like that, but 99 percent of the guys in there are just excited about staying together as a family and being able to play in such a historic bowl game. This is a game and a bowl that players and coaches grow up dreaming about.

Considering where Penn State expected to be at the start of the year, these players are likely quite excited about playing in the Rose Bowl.

Still, USC will not be an easy opponent. The offense has been much better since freshman Sam Darnold took over at quarterback, scoring at least 40 points in five of the last eight games. With JuJu Smith-Schuster at receiver, this is a passing attack better than the Nittany Lions have faced all year.

Even with running back Saquon Barkley, Penn State could struggle to keep up against the Trojans.

Michigan had two losses but still wasn’t too far from contending in the College Football Playoff. There is certainly no shame in falling on the road to Ohio State in two overtimes.

The Wolverines defense is especially impressive, featuring all 11 starters earning some form of Big Ten honors. Jabrill Peppers is the biggest name as the Heisman Trophy finalist, but cornerback Jourdan Lewis and defensive lineman Taco Charlton are among the best in the country at their positions.

This unit has allowed only 12.5 points per game this season, second to only Alabama in FBS. That includes just 10 points allowed to Penn State and seven to Wisconsin. Ohio State only scored 17 points in regulation, which included an interception returned for a touchdown and another returned to the 13-yard line.

Florida State has one of the best running backs in the country in Dalvin Cook, someone capable of changing a game any time he touches the ball. However, Michigan has shown it can handle strong running backs like Barkley, Corey Clement, Curtis Samuel, Phillip Lindsay and others.

The pressure will be on FSU quarterback Deondre Francois to make plays, and he simply hasn’t shown enough consistency to trust in a high-profile battle like this one.

Although the Wolverines offense is also a question mark, it should be able to do just enough to pull out the win. 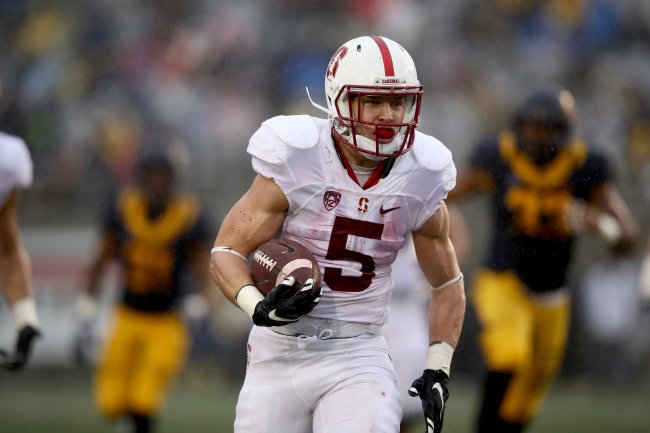 This should be an interesting battle, not just for college football fans but for NFL fans as well.

Stanford’s offense is based around running back Christian McCaffrey, who announced his intentions to declare for the NFL draft last week.

ESPN Stats & Info noted how good the versatile player has been over the past two seasons:

Christian McCaffrey's 6,191 all-purpose yards in the last 2 seasons are nearly 2,000 more than any other FBS player https://t.co/jH69hjtQGQ

Even though this was a “down year” for McCaffrey, he still has 1,913 total yards from scrimmage and leads a team that ended the season on a five-game winning streak.

Meanwhile, North Carolina’s offense features an elite passer in Mitch Trubisky. Bleacher Report’s Matt Miller recently listed him as the top quarterback and the No. 9 player overall in the 2017 draft class.

Stanford still has a strong defense, but the Cardinal aren’t as strong as they have been in past years. Trubisky should be able to avoid mistakes and showcase his ability to NFL scouts while leading UNC to victory.