College Bowl Picks 2016-17: Recent Odds and Predictions Against the Spread 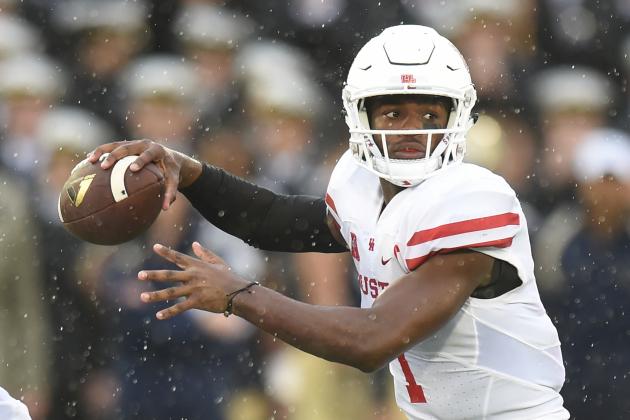 In less than a week, the New Mexico Lobos and the University of Texas at San Antonio Roadrunners kick off what will be a frenzied bowl season.

The Gildan New Mexico Bowl serves as the curtain-raiser on Saturday, with four more games sprinkled throughout the day.

College football fans need little extra incentive to get excited about the “New Year’s Six” matchups, as they have the highest stakes and the best teams in the country. The three bowl games below won’t receive anywhere near as much attention, but they should provide just as much entertainment. 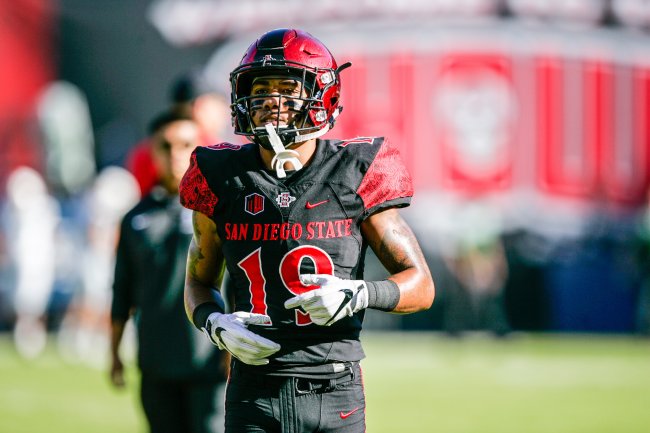 Having filled the vacancy at Texas, former Houston head coach Tom Herman won’t be on the sideline for the Cougars in the Las Vegas Bowl. As a result, defensive coordinator Todd Orlando will serve as interim head coach. Herman’s absence shouldn’t make the Las Vegas Bowl any less exciting.

San Diego State running back Donnel Pumphrey is enough of a reason to tune into this game by himself. The senior has rushed for 2,018 yards and 16 touchdowns and caught 26 passes for 205 yards.

Although he could also compete in the Senior Bowl, the Las Vegas Bowl will be one of Pumphrey’s last big opportunities to impress NFL scouts. In his most recent big board, Bleacher Report’s Matt Miller ranked the Aztecs star as the No. 14 running back in the 2017 draft class.

Having a strong game against Houston, which is third in rushing yards per game allowed (97.9) and second in yards per carry allowed (2.9), might move Pumphrey up draft boards.

For Houston, the Las Vegas Bowl is a chance to get the post-Herman era off to the right start. Orlando knows the game carries an added significance, according to the Houston Chronicle‘s Joseph Duarte:

Houston interim coach Todd Orlando says he has told team if want to keep momentum of last 2 years they have to finish strong.

Todd Orlando: "That will send message to all those recruits that the program is in great shape."

Although the Cougars will lose quarterback Greg Ward Jr., they’ll return second-leading rusher Duke Catalon, leading receiver Linell Bonner and fellow wideout Steven Dunbar on the offensive side. On defense, linebacker Matthew Adams and safety Garrett Davis are back, and most importantly, Ed Oliver will only be a sophomore.

Houston could once again be among the top “Group of Five” schools in 2017, and a win in the Las Vegas Bowl would be a good start toward that goal. 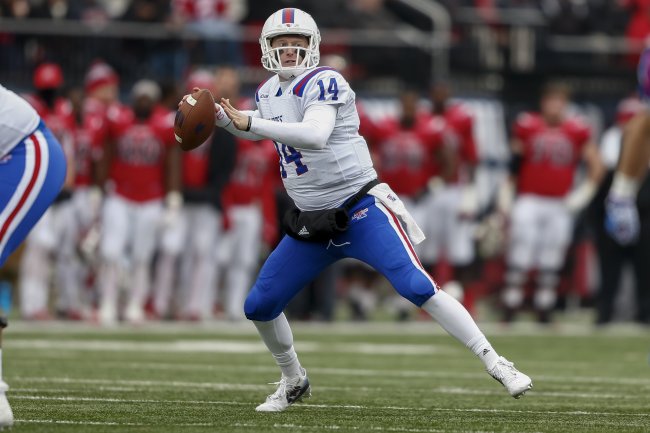 Louisiana Tech vs. Navy will be a great clash of styles, as Uproxx’s Matt Hinton tweeted:

Louisiana Tech- Navy is a low-key perfect matchup because both teams are going to score 60 points in ways that look nothing alike.

The Bulldogs are eighth in total offense (516.1 yards per game), and Football Outsiders ranks them No. 8 in S&P+ offensive rating. Quarterback Ryan Higgins, who’s averaging 350.6 yards per contest, sets the tone with the passing game.

While Navy is just as effective offensively, the running game is the Midshipmen’s calling card. They’re averaging 310.9 yards per game on the ground, fourth-best in the country, and they’ve hardly missed a beat after the graduation of Keenan Reynolds.

Neither team is exactly stout on defense, either. Louisiana Tech is allowing 418.0 yards and 32.7 points per game, while Navy is giving up an average of 429.2 yards and 29.7 points.

Part of the fun of bowl season is watching Group of Five schools throw caution to the wind on a national stage. The Bulldogs and Midshipmen have the offensive firepower to make the Armed Forces Bowl one of the most high-scoring affairs in the month ahead. 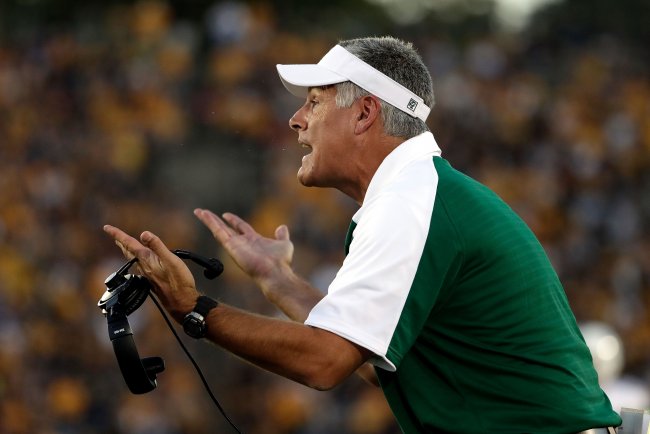 With only two games in the event’s history, the Bahamas Bowl is off to a great start.

The 2014 Bahamas Bowl featured one of the craziest finishes ever in a bowl game. Central Michigan scored 34 points in the fourth quarter—a comeback attempt that included a touchdown pass involving four different ball-carriers as time expired. Central Michigan fell short after failing to convert its two-point attempt:

The 2015 edition wasn’t nearly as dramatic, but Western Michigan running back Jamauri Bogan ran for 215 yards and four touchdowns. Wideout Corey Davis caught eight passes for 183 yards and a touchdown as well. The Broncos used their 45-31 win as a springboard for this year’s 13-0 regular-season record.

A vacation in Nassau and an 11 a.m. ET kickoff is a combination that guarantees the Bahamas Bowl will be crazy. Even Old Dominion head coach Bobby Wilder can’t help but enjoy the scenery:

The view you wake up to Atlantis, Paradise Island, Bahamas.
Very excited for my team to make memories that will last a lifetime? pic.twitter.com/0LjKiUO9zu

Neither Eastern Michigan nor Old Dominion boasts a standout offensive star, but that shouldn’t matter, given that the Eagles and Monarchs rank 105th and 74th, respectively, in S&P+ defensive rating, according to Football Outsiders.

Neutral fans can get behind Old Dominion, which has risen quickly through the FBS ranks under Wilder. The Monarchs went 9-3 in just their third season since making the transition from the FCS. A Bahamas Bowl win would be among the biggest victories in program history.