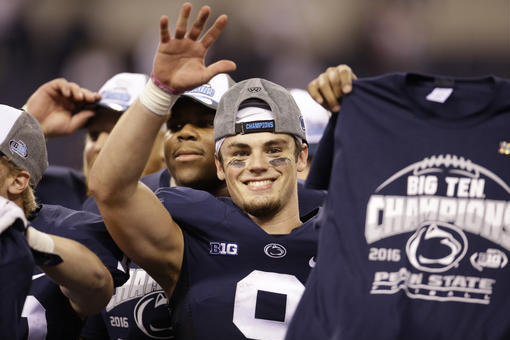 College football’s bowl season is structured like an epic movie, moving at a leisurely pace initially, picking up steam around the midway point and clicking perfectly into place during an unforgettable third act.

The main event is the College Football Playoff on December 31 featuring Alabama vs. Washington and Clemson vs. Ohio State, with the winners squaring off on January 9 to determine the national champion.

Before we get to that final night in Tampa, Florida, though, 39 other bowl games also demand our attention.

Here’s a schedule and list of predictions for this year’s batch of bowl games.

There’s a case to be made that USC and Penn State are among the four best teams in college football at this moment. That wasn’t true when the season started, which is why the two teams find themselves “settling” for an appearance in the Rose Bowl.

Their loss, however, is our gain, because if you like explosive offenses and fireworks, the Trojans and Nittany Lions are going to give you exactly what you want.

Both teams earned impressive wins over playoff teams. Penn State’s first big moment on the national stage was its upset win over Ohio State on October 22, and then it made a thrilling 21-point comeback against Wisconsin in the Big Ten championship game on December 3.

USC overcame a horrid 1-3 start in September to win its last eight games of the season, highlighted by a dominant 26-13 win at Washington on November 12.

ESPN.com’s Josh Moyer noted many of the similarities the Trojans and Nittany Lions share this season:

This game will not only put a final exclamation point on how far both teams have come this season, but it will also give the winner reason to be optimistic about putting together a big run in 2017 and making the Final Four next December. 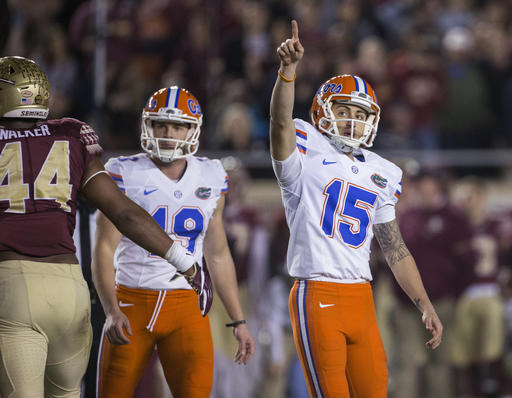 There will probably be worse games played during bowl season than the Outback Bowl featuring Florida against Iowa, but on paper this is one of the least appealing contests.

It’s hardly a secret the offenses for both these teams are, to put it mildly, not good.

There is no way to sugarcoat how dreadful the offenses for Florida and Iowa have been in 2016. Florida has scored one offensive touchdown in its last nine quarters and two in its last three games.

By contrast, Iowa’s offense had an offensive explosion late in the season with 68 points in blowout wins over Illinois and Nebraska after scoring just 37 points over its previous three games.

Both teams win thanks to their strong defenses. They actually tied for 10th in the nation with 17.9 points allowed per game, though Florida’s total has been inflated over the past two games with Florida State and Alabama combining for 85 points.

This is a bad stylistic matchup for the Gators, whose strength on defense is in pass coverage, as Bobby La Gesse of Landof10.com noted:

The Gators biggest strength is their pass defense. Opponents average only 156.3 passing yards and threw for only eight touchdowns. Cornerback Teez Tabor is to Florida what Desmond King is to Iowa. Tabor can take away half of the field and leads the team with four interceptions. Florida cornerback Quincy Wilson, and his three interceptions, is nearly as good as Tabor. Both are potential first-round NFL draft picks.

Because Iowa’s passing game is virtually non-existent with quarterback C.J. Beathard throwing a total of 51 passes in the last three games, the team has had 145 rushing attempts over that same span.

Florida has had no rhythm on offense, particularly over the last two games. Those were losses against the best defense in the country (Alabama) and a much-improved Florida State; both teams would destroy Iowa in a head-to-head matchup.

Some great defensive showdowns turn into great games. The 2011 regular-season game between Alabama and LSU that ended 9-6 in overtime falls into that category.

This is not going to be an all-time classic game or even remotely pleasing to the eyes. It will be low-scoring because both offenses are bad, making it hard to evaluate how good either defense is.

It can be fun to play the role of contrarian, especially when it comes to sports predictions. A lot of people have managed to make a lot of money by playing the role of an internet troll in front of television cameras.

Picking anyone other than Alabama to win the national championship this year would qualify as playing contrarian for contrarian‘s sake.

That’s not to say the other three teams in the playoff can’t win. Nothing is a guarantee in sports, but the Crimson Tide look so significantly better than everyone else in the nation that it’s almost unfair.

ESPN Radio’s Jon Madani shared this incredible stat that helps sum up how unique and special this Alabama team is:

Prior to the SEC championship game against Florida, Alabama’s defense hadn’t allowed a touchdown in 13 quarters dating back to its win over Texas A&M on October 22.

This isn’t a one-dimensional team, either. Quarterback Jalen Hurts, who is a true freshman, was named SEC Offensive Player of the Year by ESPN.com, with Edward Aschoff offering this explanation:

Alabama rumbled through the regular season, winning 12 of 13 games by double digits. In the process, Hurts averaged 264.1 yards per game and 2.6 touchdowns per game. Hurts threw for 2,592 yards and 22 touchdowns to nine interceptions, while ranking second on the team with 841 rushing yards and a team-best 12 touchdowns.

No team in college football has more ways to win than the Crimson Tide. Even in a down year for the SEC, Alabama would have been the best team in any conference because its offense boasts one of the nation’s most dynamic quarterbacks and the defense stifles everything in its path.