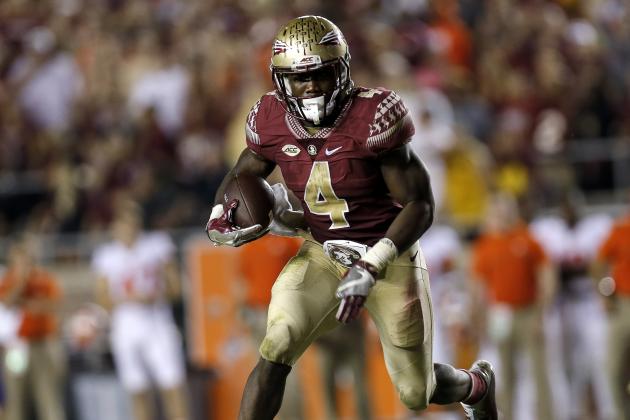 It was a dominating effort for Florida State, and running back Dalvin Cook inched a little closer to the school rushing record with a 108-yard effort. He is now just 19 yards shy of the mark set by Warrick Dunn in 1996, and he will likely get that next week against Syracuse.

The Seminoles defense deserves a lot of praise also, as it gave up just 146 total yards in the 45-7 victory over Boston College. The Eagles were held to just 50 yards through the air, and Florida State’s pass rush was the main reason for that.

Quarterback Deondre Francois threw for 183 yards and three touchdowns, but he left the game in the fourth quarter with a shoulder contusion. Sean Maguire, who was honored with the seniors before the game, tossed a couple of touchdowns late in the game.

Florida State travels to Syracuse next week, while Boston College will be back home to host Connecticut.