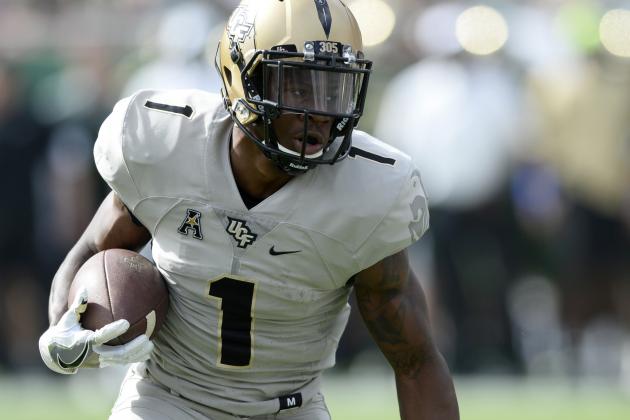 Arkansas State is 6-2 against the spread over its last eight games. Central Florida is 7-3 ATS over its last 10 games. So something has to give when the Red Wolves tangle with the Knights in the second edition of the AutoNation Cure Bowl on Saturday in Orlando, Florida.

Why the UCF Knights can cover the spread

After going 0-12 last season, UCF is back in a bowl. The Knights had won five of seven games through the middle of this season but lost their last two, including a 48-31 decision against South Florida in the season finale. Central Florida, as a 12-point underdog, led the Bulls early 7-0, fell down 31-14, then rallied to within 31-24. Later, UCF had the spread covered but allowed a USF score with just 11 seconds left on the clock to miss out on the cash.

Also, one of South Florida’s touchdowns came on a fumble return.

Central Florida began this season by covering the spread in eight of its first 10 games. The Knights are also 5-2 ATS as favorites this year.

Why the Arkansas State Red Wolves can cover the spread

ASU is back in a bowl for the sixth straight season, after going 7-1 in Sun Belt play to earn a share of the conference title. The Red Wolves won and covered six games in a row into November, took a loss at Louisiana-Lafayette but finished with a 36-14 victory over Texas State. Arkansas State trailed the Bobcats 14-13 early in the third quarter, then scored the last 23 points of the game to secure the victory.

On the evening, the Wolves outgained Texas State by 120 yards, outrushed the Bobcats 178-117 and won the turnover battle 2-0. Arkansas State has now outgained nine of its last 10 opponents. The Red Wolves also already own two outright victories this season as underdogs on the betting lines.

Arkansas State ended the regular season on a 7-1 run; Central Florida finished 3-4. Also, the Knights have been outgained in each of their last eight games. And while UCF played in the tougher conference this season, the difference in schedule difficulty between these two teams wasn’t really that much. The smart money here on the college football point spreads runs with the Red Wolves, plus the points.

The total has gone under in eight of Arkansas State’s last 10 games.

All college football lines and betting trends courtesy of Bleacher Report’s official odds partner, OddsShark. All quotes gathered firsthand unless otherwise noted. Check out Twitter for injury and line-movement updates and the OddsShark YouTube page for picks and analysis, or download the free odds tracker app.